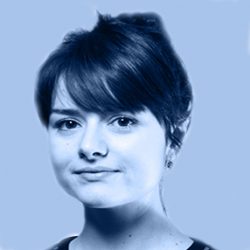 Canada Research Chair in Architecture, Competitions and Mediations of Excellence

Tiphaine Abenia is a french architect and civil engineer. She is working, since September 2014, on a Ph.D within the Ph.D. Program in Architecture of the University of Montréal. Her PhD research project is under a cotutelle agreement between Canada (University of Montreal – Laboratory LEAP) and France (ENSA Toulouse – laboratory LRA). As a result, Tiphaine is working under the joint direction of Jean-Pierre Chupin and Daniel Estevez.

Tiphaine graduated in civil engineering from the Institut National des Sciences Appliquées de Toulouse (INSA) in 2011. In 2013, she obtained her master degree in architecture from the Ecole Nationale Supérieure d’Architecture (ENSA) of Toulouse. She dedicated her master degree project in architecture to an extensive feasibility study for the rehabilitation of an emblematic abandoned building of Buenos Aires: El Elefante Blanco. In 2014, Tiphaine was laureate of the European architecture competition “Talent de demain” with her graduation project (Architecture Biennale Bordeaux).

Beneficiary of a 3-year PhD contract granted by the french Ministery of Culture, she is pursuing her PhD research, focusing on the potential of abandoned large urban structures. Her work aims to develop a classification system for large urban structures based on their potentials for the contemporary city. At the heart of this research is the question of the “potential project” understood as the capacity of projection carried by those abandoned fragments of the city. Within her research, she investigated several situations in the US (Detroit), France (Paris), Argentine (Buenos Aires) and Canada (Montreal).

The presentation of her first research results was supported by two mobility grants from the LEAP as well as one mobility research grant allocated by the University of Montréal. Her research papers have been rewarded in France (RIDAAD, Lyon, 2015) and Canada (Perspectives 360, Montréal, 2016).