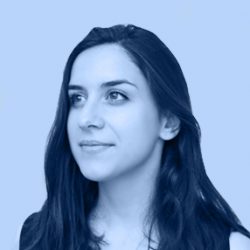 March 28, 2019: Lucie Palombi received the scientific prize, the public prize and the prize for the best summary of the Symposium Perspectives 360 organized by the Association of Higher Cycles of the Faculty of Planning for the presentation of her doctoral project in 6 minutes. The funds were donated by the Ivanhoé Cambridge Observatory.

October 25, 2019: On the occasion of the launching ceremony of the Royal Architecture Institute of Canada Festival, Lucie Palombi was awarded a $ 5,000 scholarship for the writing of a 1000-word essay.

His text takes the form of a letter to Le Corbusier. She writes that the descriptions of her travel diary inspired her, as did descriptions of North America in the 19th century, Paris in the 20th century, and the gardens of Versailles from various authors she read over the years. years. These readings led her to ask “Can we carve the world with words and paper? The journeys described in places far removed by reading have allowed him to understand that “stories, real or fantasized, give meaning to the most silent places”. Jury Comment: The text is intelligent and original in form and content, and is beautifully written. It reveals a new analytical mind, able to contribute to the discipline in thought and action.