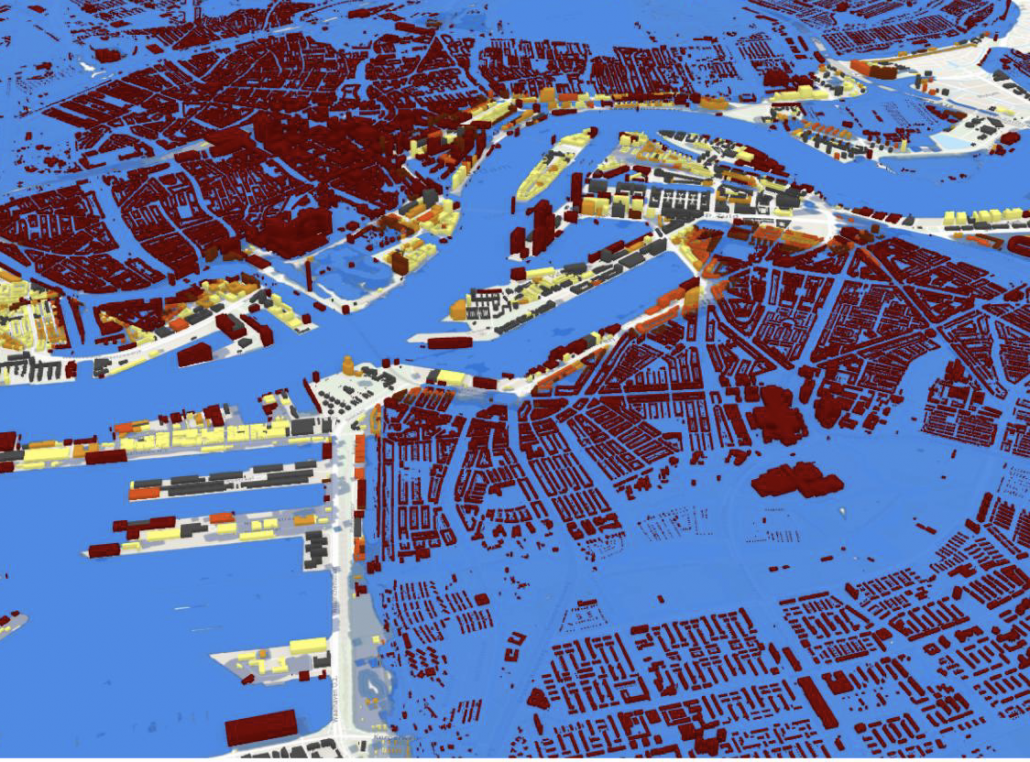 SKYSCRAPERS AS A COMPLEX RESPONSE TO RISING WATERS

The research proposes to delineate the principles of a new skyscraper typology able to respond to the challenges of rising waters, both through an improved resiliency of the lower levels and potential adaptations of the upper floors for safety purposes and the collection of energy.

Objectives:
This research will explore ideas opening on a new category of skyscrapers through a more resilient adaptation of their lower and upper floors.
The initial and critical question is: How could traditional skyscrapers stand-up in case of main floods?
From this standpoint a series of questions can be formulated:
1 – what are the main design strategies that can be deployed by architects to transform the lower levels in case of submersion?
2 – How can the upper levels be rethought, in order to allow a temporary refuge for users?

Impacts:
From New York to Shanghai, coastal cities are at risk as sea levels rise and unpredictable storm surge. According to a well-known prognosis, by 2050 approximately 68% of the world’s population will live in urban areas (Revision of World Urbanization Prospects, 2018), implying the development of vertical structures. 90% of the world’s largest cities are located on waterfronts, but so far, most efforts they made to respond to climate change have focused on mitigation and much less on adaptation. (Depietri. McPhearson. 2017).
In recent years, issues related with water has received a great attention in the international community. The only response to a looming tragedy is to adopt a strategy immediately effective. (Dimensions of Sustainability, 1999.)
So far other strategies have been suggested in cities such as New York, through the addition of superstructures. For instance, the JDS Development Group has redesigned the roofs of residential buildings, unfortunately creating unexciting and unattractive types, limited to high- end residences, and which are not relevant for other types of high-rise structures.

Long-term benefits:
The research will contribute to the necessary debate on the rethinking of skyscraper design, and specifically to the adaptation of the systems to the effects of climate change. The research will open doors for a strategy of improved adaptability. It will also help envision the aesthetics of skyscrapers in an age of climate change, in which they might become active instruments in the resistance of cities to unprecedented threats.